The Liberal Democrats have gained three London MEPs in elections for the European Parliament.

Both the Brexit Party and Labour had two candidates elected, while the Green Party took the remaining seat.

It means the Conservative Party no longer has any MEPs in London, having lost the two seats it won in the 2014 European Parliament elections.

The Lib Dems vote share went up by 20%, while the Brexit Party took 18% of the overall vote.

Turnout was 41.3% – slightly higher than the 40.1% turnout in the previous election.

Labour’s share fell by 12.7%, while UKIP and the Conservatives fell by 14.8% and 14.6% respectively. UKIP leader Gerard Batten lost his seat as an MEP.

Earlier in the evening, Jeremy Corbyn’s party lost in his own Islington constituency.

Nothing illustrates more clearly the success of the Lib Dems in winning over Remain voters than the party’s success at coming a clear first in the capital, something it has never come remotely close to achieving in a previous election.

The Greens have also prospered to some degree with a three point increase in its vote to 12%.

Meanwhile the Brexit Party have inevitably done less well here with a modest 18% of the vote.

Meanwhile the weakness of Change UK is underlined by its inability to get more than 5% in this most Remain party of England.

Lib Dem MP Ed Davey tweeted he was “hearing good things across London” as his party dominated Kingston-upon-Thames in his constituency with 25,006 votes, amounting to 47% of the total 53,027 turnout in the borough. 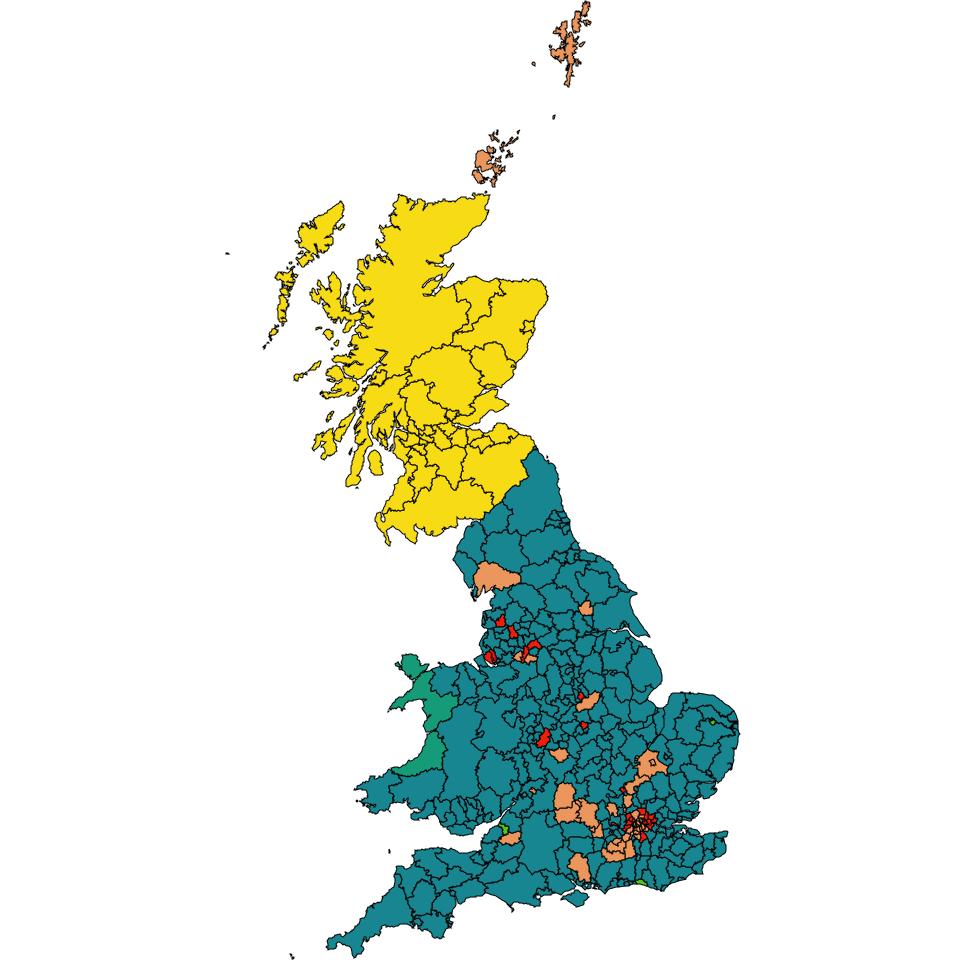 After Change UK failed to win a seat in London, MEP candidate and former BBC journalist Gavin Esler thanked “the 170,000 Londoners” who voted for the new party.

He added: “Now the real fight begins – to save Britain from the self-harm of Brexit in a People’s Vote and work to Remain.”

The results for your area are not in yet

View all posts by admintj